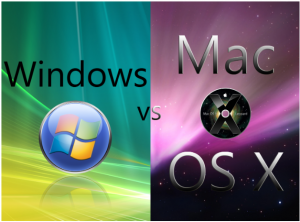 macOS is far more stable than Windows OS. The reason for the better performance of macOS is the apple produces both hardware and software, so they have better control over the integration of the system. Apple is also known to have the best computer parts to install and integrate within the computers.

Windows Operating System can run on hundreds of computer types, the hardware configurations with those computers can cause stability problems on operating systems. There are many PC manufacturers of windows and it can cause a wide variety of hardware compatibility, unlike macOS where they produce both hardware and software.

Windows OS is often targeted by hackers and computer virus as windows OS is more popular than macOS in the market. With macOS has fewer viruses, it can perform much better than Windows OS. People want stability as it can affect their work if many problems or threat will occur.

The key factor between Macs and PC is the user interface. Windows PC is now more slick and polish enough to be easy on first time user. Macs can be easy to use if you spent more time exploring. Mac has a launchpad that can easily launch your favorite apps and docks that has your favorite apps to access it more easily.

macOS and Windows OS keeps constant update and fix their problem that may occur on the operating system, you can visit robots.net for the latest updates of operating systems both on Windows and Mac OS.

This is one of the biggest issues on both OS that requires attention on both developer as it can affect the privacy of the user. Windows OS has more malware, viruses, ransomware, and spyware than Mac OS. Mac OS is not immune to viruses and malware, hackers and other virus creator targeted windows OS rather than Mac OS.

Because of having a third-party application for windows, it increases the security and privacy threats of the user. Since Mac controls both hardware and software, they have more stability than windows.

With games being the center of attraction in terms of PC use, Windows adapt more gaming platform than Mac. Windows has gaming support and mac is falling way behind than windows. Windows offer more advance and discrete graphics card than Mac. In today’s gaming including VR, with better GPU, you can play games as realistic as possible. Macs isn’t ready for serious gaming out of the box.

When it comes to the cost of Computer/Laptop, windows is cheaper than mac. You can buy a cheaper laptop/computer from Windows setup. You can also build your rig with a cheaper price. More people tend to buy windows computer/laptop as it is much cheaper than Mac.

People has its perspective regarding their wants and what purpose they want on buying their personal computer or laptops. People take advantage of the capabilities that both computers can offer. Windows is better in gaming and Mac is better in terms of security and privacy.  In Case if you need that you are not able to fix the window update then you can contact for laptop repair services provider near by you.